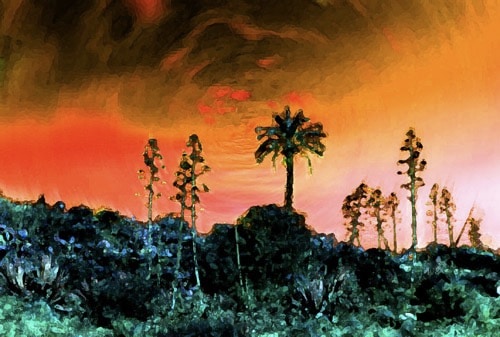 Today I was talking to a Spanish friend about parenting, and I said “Hay que tener mucha mano izquierda”. He asked how you directly translate Tener mano izquierda in English and I said… I don’t know!

Tener mano izquierda means to handle a difficult situation, or person, with skill, astutely, in a clever, wily, roundabout way. If a child doesn’t want to do something and just telling them to do it doesn’t work, then maybe you can come up with a clever, roundabout way of getting them to do what you want. That is to “Tener mano izquierda” and there is no direct translation!

Below is a list of a few of our favourite real Spanish words or phrases that have no simple, direct translation in English, do you know any more?

Madrugar – to get up very early in the morning. “Hoy he madrugado mucho para estudiar antes de ir a trabajar” – today I got up really early to study before going to work.

La sobremesa – time after a meal spent sitting around the table chatting, often for a very long time. “Después de la comida tuvimos una sobremesa fantástica” – after the meal we had a fantastic time sitting around chatting.

Un ligón – somebody who is always flirting with others or getting dates all the time. “Cuidado con ese chico, es un ligón” – watch out for that guy, he’s a real flirt.

Empalagoso – food that is ridiculously rich and sweet. “Esta tarta es demasiado empalagosa para mi, no puedo con ella” – that cake is too ridiculously sweet for me, I can’t deal with it.

Desfogarse – To let out all your energies, to let off steam by running around a lot, e.g. “Los niños tienen que desfogarse un poquito, diles que vayan al jardín un ratito” – the kids need to let off a bit of steam, tell them to go out to the garden for a while.

Un tuerto – A one-eyed person. There is a typical Spanish phrase, “Un tuerto es rey en el país de los ciegos”, which literally translates as ‘a one-eyed man is king in the country of the blind’, and means that someone that doesn’t know much about something still looks very clever when surrounded by people that know even less! Sometimes used ironically when someone is trying to be clever but clearly doesn’t know very much.

Trasnochar – To stay up all night, for example partying or studying, and not go to bed until the next day. “He trasnochado cuando tenia que haberme ido a la cama pronto” – I stayed up all night when I should have gone to bed early.

Remember, our Spanish audios and worksheets are full of Real Spanish like this, it’s our speciality!